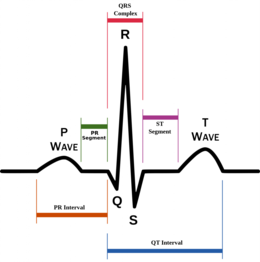 The calendar has turned to January bringing a new year and the beginning of spring sport seasons for many (especially at the college level). As colleges ramp up for the start of softball, baseball and lacrosse seasons high school and youth seasons are not far behind. These sports along with field hockey, ice hockey and other sports that use high-velocity, low mass balls (as compared to football, basketball and soccer balls) can put youth athletes at risk for certain injuries. Eye injuries can be more common in this sports where protection is not required (think some racquet sports too), but there is also concern for commotio cordis. Commotio cordis is a rare and potentially fatal cardiac condition that is the result of a blow to the chest by a blunt object. Today’s post is going to highlight some of the basics of this condition.

UNDERSTANDING COMMOTIO CORDIS
Commotio cordis (CC) is a condition that can lead to sudden cardiac arrest (SCA) as the result of a blunt trauma (blow) to the anterior chest.This blow results in a ventricular arrhythmia and ultimately death. It is different than other cardiac conditions that can lead to SCA because it is not the result of an undetected electrical anomaly in the heart. CC is an extremely rare condition because the precise nature of events that must occur to lead to an arrhythmia.

If you’re reading this wondering what prevention steps you can take, check out the Korey Stringer Institute (KSI) link. The following resources are some of the most useful in understanding the condition and recognizing it.