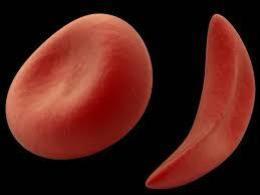 Sickle Cell Trait is an inherited blood disorder affecting 80,000 – 100,000 Americans and 10% to 12% of African Americans according to the American Society of Hematology. The condition can also be prevalent in those with ancestry from South American, the Caribbean, Central American and Mediterranean countries including Saudi Arabia, India, Turkey, Greece and Italy. Most people with sickle cell have few, if any, symptoms and generally do not have health complications, but under extreme conditions such as very high intensity exercise red blood cells can become deformed (sickled). The resulting complications can include muscle breakdown, reduced blood supply to the spleen or increased pressure in the eye following eye injuries.

Given the potential risk of exertional sickling as a result of participation in competitive athletics it is important for athletic trainers, coaches and parents when an athlete may be in distress due to sickle cell trait complications. Making this more challenging is the potential for exertional sickling and sickling collapse to be confused with exertional heat illness. The ability to differentiate between the two will allow for proper emergency medical management decisions for the athlete in distress.

SICKLE CELL TRAIT (SCT) BASICS
SCT is present in those people who inherit one sickle cell gene and one normal gene. SCT can be diagnosed with a simple blood test; infants in the United States are tested at birth. SCT is different from sickle cell disease (SCD) because SCD requires the inheritance of two abnormal genes, one from each parent. This gene results in the mutation of hemoglobin cells, causing them to take on a crescent or sickle shape and making it more difficult for these cells to transport oxygen. Someone who has been diagnosed with sickle cell trait cannot develop sickle cell disease.  Learn more, review the CDC fact sheet.

As parents, it may be important that you ask for the results of this test for your new infant. Despite the required testing most people do not know their sickle cell trait status unless they have sickle cell disease. People are typically asymptomatic, but there can be potential for complications when the following conditions/situations are present:

SCT AND ATHLETES
As of this time, there is no recommendation that athletes with SCT should be withheld from sports participation, however, some research has shown that athletes can be at particular risk of complications from SCT during intense training. The possibility of complications can be enhanced by training in extreme temperatures or at high altitudes. The key to SCT is prevention is to set your own pace, rest often between drills/activities, stay hydrated before/during/after activity and keep the body as cool as possible when exercising in hot conditions.

For an individual who has SCT and completing intense exercise the biggest concern is a condition called exertional sickling (and the resulting sickling collapse). In exertional sickling, intense exercise causes normal red blood cells to sickle, these sickle-shaped blood cells “logjam” the blood vessels, slowing oxygen transport to the muscles. Muscle tissue begins to breakdown after a prolonged period of a lack of oxygen resulting in a condition referred to as rhabdomyolysis. This condition is a medical emergency and can lead to death if not recognized and treated immediately.

If you or your athletic trainer suspect exertional sickling the athlete should be removed from activity immediately. Oxygen can be administered if available (and someone is trained in its use) and the EAP should be activated. A sickling collapse is a medical emergency.

NCAA MANDATED SICKLE CELL TRAIT TESTING POLICY
The National Collegiate Athletic Association (NCAA) has mandated sickle cell testing for athletes. This requirement is considered controversial by some based on the available (or lack thereof) research.  My goal is not to debate the merits of the requirement, but to help you understand it. If you’d like to learn more about why some people believe the mandated testing policy is unnecessary check out the resources below. Testing has been mandated for Division I athletes since 2010, Division II since 2011 and Division III since 2013.

Testing is expected prior to the start of the freshman year, or for any transfer whose status is not known. Remember, if you have the SCT status of your child documented at birth, additional testing prior to the entry into college may not be necessary.  For those of you who are concerned and do not wish to have your child tested as part of their initial college pre-participation examination there is a waiver you can sign to opt out of the testing.

Additionally, SCT positive athletes are not restricted from participating in athletics, it simply allows the medical staff to be more aware of the possibility of a exertional sickling and sickling collapse.  Find out more information from the NCAA resources below or contact the sports medicine staff at the college/university your child will be attending.

RESOURCES
The documents listed here are mostly statements from various professional organizations regarding SCT trait status in athletes. Some of the statements discuss recommendations for the safe sports participation and treatment in the instance of exertional sickling/sickling collapse. Others discuss the need (or suggest there is no need) for SCT screening of athletes.

Recommendations of the Advisory Committee on Heritable Disorders in Newborns and Children (SACHDNC) to the Secretary, US Department of Health and Human Services on Screening of Student Athletes for Sickle Cell Trait

ACSM and NCAA Joint Statement on Sickle Cell and Exercise