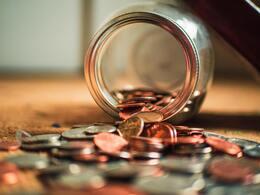 I recently posted an article on the A4IA Facebook page titled, A year after tragedy, Hillsborough facing shortage of trainers for high schools” and it was one of A4IA's most popular posts in the last year.  Facebook followers felt the need to weigh in.  The responses highlighted two themes:

Reflecting on these themes I started to wonder, what is the current financial value of an athletic trainer?  The sentiment of feeling undervalued is one I have been hearing since I was an athletic training student back in the late 1990s and I wanted to understand why it persists some 20+ years later.  I know that athletic trainer salaries have continued to increase over the years, but is it keeping up with other related professions? The increasing number of required professional competencies? The acquisition of advanced degrees?

To try to answer these questions I looked at some of the employment data available for athletic trainers and similar professions.  The most recent data from the National Athletic Trainers’ Association (NATA) 2018 Salary Survey demonstrates a general increasing salary trend since the survey was started in 2008 and lists the following average salaries:

The data are also broken down based on gender, years of experience and employment setting.  Review the 2018 NATA survey summary to learn more about athletic trainer salaries across a range of variables.

The Bureau of Labor Statistics (BLS) provides a range of data related to all occupations across the US economy via the Occupational Outlook Handbook.  The data provided allows for some basic salary comparisons across occupations/jobs.  According to the latest BLS athletic training profession overview (2019), athletic training is a growing profession:

*With recent change from Bachelor's to Master's degree programs this will change in the next year or so.

If you're interested in drilling down on the data for your state or area check out the State and Area graphs available on the Bureau of Labor Statistics (BLS) website. The focus of this article is to use the national data to allow for comparison across occupations/jobs without trying to account for other variables such as years of experience, location of job, and gender.

At the end of the day while athletic trainers’ salaries have steadily increased over the last 10+ years, the average salary remains lower for athletic trainers as compared to other medical professionals across the board.  Considering 70% of athletic trainers have a master’s degree, deemed an advanced degree until recently, the salary gap remains problematic.

The salary gap becomes indescribable when you consider the number of athletic trainers who are employed at the Division I level and consider the amount of money top tier athletic departments are spending to compensate their athletic director, head football coach and head men’s basketball coach.  USA Today provides salaries for Division I football (2019), men’s basketball (2020) head coaches, and athletic directors (2018). According to those who reported data:

References:  All references are hyperlinked throughout the article.