What is Sudden Cardiac Arrest?

Sudden cardiac arrest (SCA) is the sudden loss of heart function as a result of a malfunction of the heart’s electrical system. SCA is more common in athletes when compared to their non-athlete counterparts because of the increased risk associated with strenuous exercise.


Is Sudden Cardiac Arrest the same as a heart attack?


What happens during Sudden Cardiac Arrest?

> Bloodflow to the brain and other vital organs decreases.

> Oxygen is not delivered to the brain and other vital organs causing the person to faint.


What are the most common causes of SCA?

Heart Structure Abnormality is a defect with the structure of the heart.

Electrical Cardiac Abnormality is a malfunction of the electrical system of the heart.

Acquired Cardiac Abnormality is a malfunction of the heart that develops after birth.

Commotio Cordis is a sudden blow or impact to the chest causing an electrical malfunction. 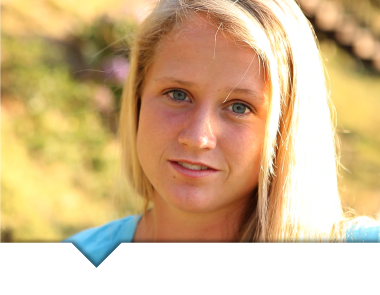 Brittan Sutphin went into a seizure when her heart suddenly stopped beating. Her teammate realized she was in trouble and called for help. CPR was started and an AED was used to restart her heart. She is alive today thanks to the actions of her teammate, her coach and access to an AED.

+ Know your family history. Ask if there is a history of heart problems.
+ If you are suffering signs and symptoms speak up, tell your doctor.
+ Hydrate before, during and after working out. Get a pre participation physical and ask your doctor about a heart screen.

How can you help reduce the risk of death from SCA?

+ Learn CPR
+ Learn the function of and how to use an AED (automated external
defibrillator)
+ Learn where to find an AED on your campus
+ Learn the chain of survival if you see someone collapse:

2. Assign someone to get an

arrives turn it on and