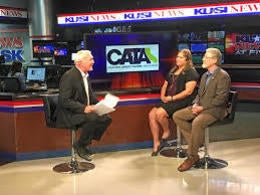 CURRENT STATUS OF AT LICENSURE IN CALIFORNIA:

It’s a new year and it’s a new attempt to gain licensure for athletic trainers in California. AB 1510 had made it to committee near the end of 2017, but the resignation of the bill’s sponsor, Matthew Dababneh means a new sponsor is needed. According to the California Athletic Trainers’ Association (CATA), Assembly member Kevin Mullin (D-San Mateo), Assembly Pro Tem, has agreed to carry the bill for licensure of athletic trainers in California during the upcoming legislative session. Specifics related to the bill, including the new number designation will be announced as soon as it’s available. The CATA Governmental Affairs Committee has been working diligently to address this specific hurdle for several years as California remains the only state in the country that does not license athletic trainers. The general sense around the state seems to be, it’s time to make this happen for the safety of California’s young athletes and the professional protection of properly credentialed athletic trainers and is supported by many major national organizations.

Various publications from the last year continue to emphasize why licensing athletic trainers is critical to the safety of high school athletes across the state. Some of the important points highlighted by these articles related to protecting the 800,000 high school athletes in California include:

THE OPPOSITION TO LICENSURE:

In opposition, the California Physical Therapy Association (CPTA) continues to express concerns related to the passage of this legislation.  According to the latest published statement by the CPTA on December 7, 2017, it believes that AB 1510 establishes a scope of practice for athletic trainers beyond their level of education and training, suggesting legislation should limit athletic training practice to athletes in the athletic setting. The statement goes on to support title protection for athletic trainers as the CPTA “agrees that no individual should represent himself/herself as a certified athletic trainer without having acquired the proper education and training.”  While it’s not clear what the specific language will be in this version of the bill, the goal remains licensure, not just title protection.  To more clearly understand the hurdles and challenges faced by the athletic training profession in California as it relates to professional licensure, review the Physical Therapy Board of California Board Minutes from May 24-25, 2017.

HOW YOU CAN GET INVOLVED:

If youth sport safety is important to you, get involved:

CALIFORNIA AT LICENSURE IN THE NEWS:

January 24, 2018: Roughly Half of California Schools are Without Athletic Trainers (Fox Sacramento)

Advocates for Injured Athletes continues to work to support licensure for athletic trainers in California, in an effort to bring athletic trainers to every high school campus in America, a key strategy in support of A4IA's overall mission to promote sports safety and to provide essential support, education, and resources to help keep athletes safe.